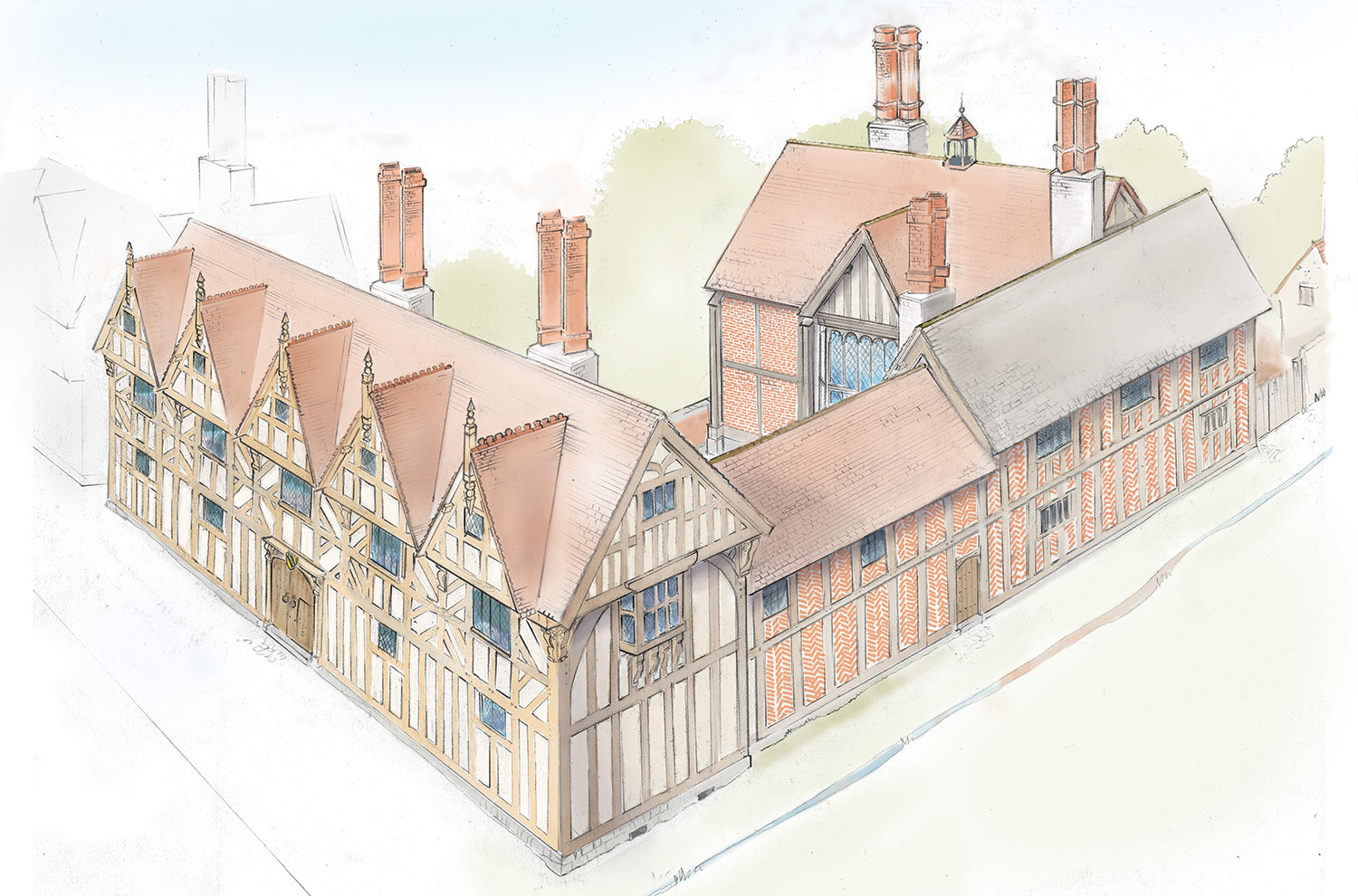 New Place is located directly opposite the Guild Chapel. Hugh Clopton rebuilt the previous house on this site, probably in the 1480s, using materials such as brick which made it stand out from the timber-framed houses in the rest of Stratford upon Avon.

Sadly, nothing survives of the house today, which was demolished in 1759. Nevertheless, excavations in the eighteenth century and more recently have enabled archaeologists to reconstruct both Clopton’s house of c.1480 and during the 19 years that William Shakespeare lived there from 1597 onwards.

Today, the site is looked after by the Shakespeare Birthplace Trust, and can be visited as part of their ticketed offer. It includes the Great Garden, filled with sculptures inspired by the works that Shakespeare wrote while living in the house, and the knot garden, a reconstruction of the kind of garden Shakespeare himself would have known on the site.