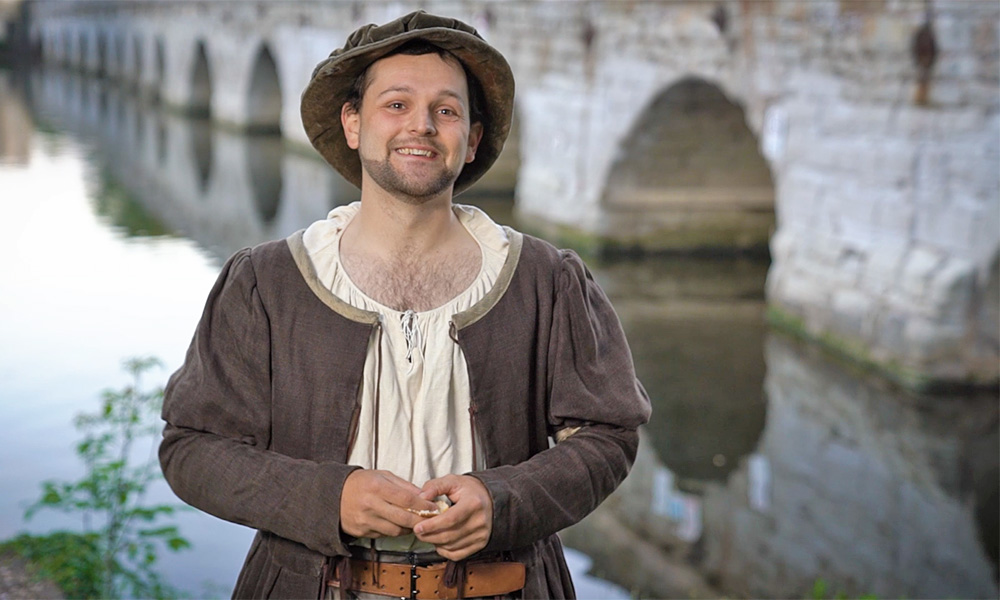 Clopton Bridge was one of the busiest places in Stratford upon Avon - and it still throngs with people and traffic today.

We know the current stone bridge replaced an earlier wooden bridge in the late 15th century, and that Hugh Clopton was instrumental in its construction. However, we don't have any indication of what it looked like. We do, however, have illustrations of the bridge from the early 19th century, such as the one below:

To get the best view of it, why not explore it from the Tramway bridge or from the river bank walkways that run on either side of the Avon. Or why not see Stratford upon Avon from a different viewpoint altogether and float down the river on one of Stratford’s guided boat tours.